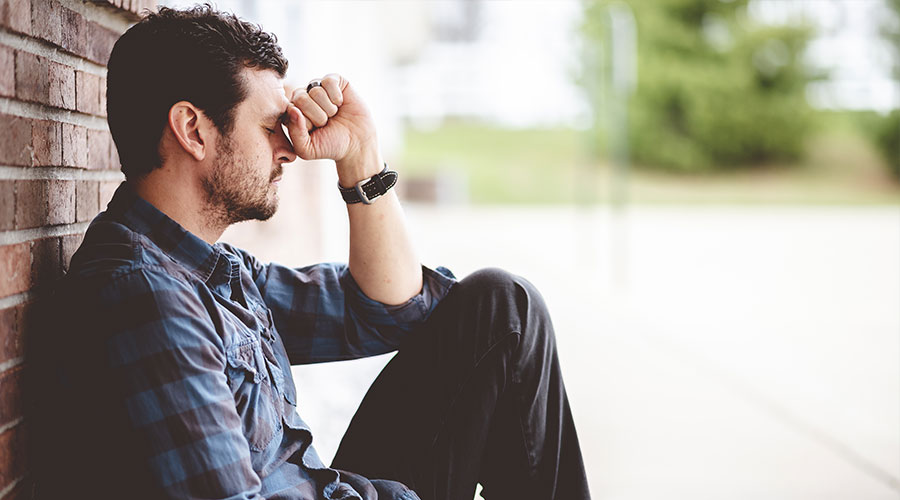 Teenage rates of depression are appalling; according to the National Comorbidity Survey-Adolescent Supplement (NCS-A) about 11% of adolescents have a depressive disorder by age 18. If we take the 2008 census, roughly over 2 million teens are currently experiencing depression symptoms.

Antidepressants are frequently the first line of treatment for mental health issues. Since 1988, antidepressant use in the United States has soared nearly 400%[1], with 1 in 25 adolescents taking antidepressants. These numbers emphasize an alarming warning; potential side effects are raising concerns of a correlation between antidepressants and teen suicide.

Whether it is medication, therapy or a mix of both, there are new treatment options being researched that are helping patients and doctors make better individual treatment decisions.

A new study by the University of Calgary in Alberta, Canada has concluded that teens with treatment-resistant depression are benefiting from transcranial magnetic stimulation therapy. A total of 11 patients aged 15 to 21 who were diagnosed as treatment resistant participated in this study, with 7 patients responding to rTMS treatments. Patients saw a 62% decrease in HAM-D scores and a 30% decrease in Children’s Depression Rating Scale scores.

These results are at par with those achieved by an open pilot study done in 2011 by the Department of Psychiatry and Psychology at the Mayo Clinic who suggested that “rTMS is a safe, feasible, and potentially effective adjunctive therapy for treatment-resistant MDD in adolescents” after seven of eight of the participants’ symptoms improved after treatment.

TMS therapy uses highly focused magnetic pulses to stimulate the areas of the brain known to control mood. This specific area of the brain has been identified as underactive in people who suffer from depression. TMS Therapy causes neurons to become active and stimulate or “kick start” the brains activity.

Each treatment involves the gentle placement of a small magnetic arm against the patient’s head. The treatment is completely non-invasive; patients remain awake and alert throughout the entire treatment. Patients are able to resume everyday activities immediately following the treatment session.

Because of the many risks involved with treating a child or teenager with strong antidepressants, it is important for parents to know that there are other options out there. After conclusion of the study, Miss Pradhan affirmed that “any instrument, has its own adverse effects, but still, it’s very good that we have a choice…. We can use medications, which also have a lot of adverse effects…. Perhaps the use [of rTMS] is much more than the damage.”

Major Depressive Disorder can strike at almost any age and it is particularly disturbing for parents to watch their children struggle with these issues. Symptoms of depression for youth include those of general depression but also may take other forms. Signs of depression in teens and adolescents may appear in the form of acting out, sulking, being easily discouraged or even overly worried about the mortality of important adults in their lives. As children grow and change quickly, it can be hard to recognize that the young person may need help. Depression in children is often seen as a “stage.” Depression in teens is often confused with teen angst or part of the normal maturing process. As all youth have up and down periods depression in teens can be hard to recognize.

A May 2017 Washington Post article, “More Than a Third of Teenage Girls Experience Depression, New Study Says” highlighted a recent study and its alarming statistics regarding the state of children’s mental health in the United States. The research found that depression in many children appeared to start as early as age 11 and showed that by age 17, 13.6 percent of boys and a staggering 36.1 percent of girls have been or are depressed.

There are several factors that can lead to adolescent depression including changing body chemistry and social or emotional immaturity. Family dynamics can also play a large role. Conflict with parents, conflicts between parents, divorce, child abuse and a family history of depression all can lead to depression. Environmental stressors, like pressure from school and other social stresses, or a single traumatic event can cause depression as well. Adolescent girls are twice as likely to experience depression as are adolescent boys. However, adolescent boys are more likely to commit suicide. Like mental health struggles in other periods of life, youth depression is often coupled with other disorders including anxiety disorder, ADHD, eating disorders and others.

TMS has been approved by the FDA for the treatment of depression in patients who are 18 years old and older. In addition, there are numerous ongoing clinical studies on using TMS as a treatment option for adolescents which should help establish TMS as an approved treatment for children with depression. To learn more about the clinical trials, see clinicaltrials.gov. To learn more about TMS and its applicability to adolescent depression, see our News section.

If you or a young person you know is struggling with depression, you are not alone and there are options to help.

In this article, they detail not only how the youth studied benefited from TMS with a significant reduction in depression symptoms but also the improvement in memory and other cognitive functions. To read the findings in Frontiers in Psychiatry click here.

In this article, Medscape details how TMS relieves symptoms of depression in Teens. Click here to read more.

Johns Hopkins Medicine details how TMS is being used as a current approach to combating depression and their study in young people with entrenched depression. To read more click here.

Although we do not treat children or teenagers typically for medication management in our office, we have successfully treated adolescents with depression with TMS. It is painful to see many teenagers go through multiple medication trails without success. TMS is much safer in distressed young adults. There is also high risk of suicide in this population and increased suicidal risk in adolescents taking antidepressant medications as per FDA warning on the label.