In addition to treating major depression, researchers are studying the effectiveness of TMS in treating schizophrenia, attention deficit-hyperactivity disorder, post-traumatic stress disorder, and vascular depression following a stroke. They are also beginning to study the effectiveness of TMS in treating the symptoms of autism. The results for these conditions are varied, but research has indicated that the treatment could be useful in treating acute pain and chronic pain conditions including fibromyalgia.

Studies showed that 3 out of every 4 patients reported a reduction in depression symptoms at the completion of the acute phase of TMS Therapy. 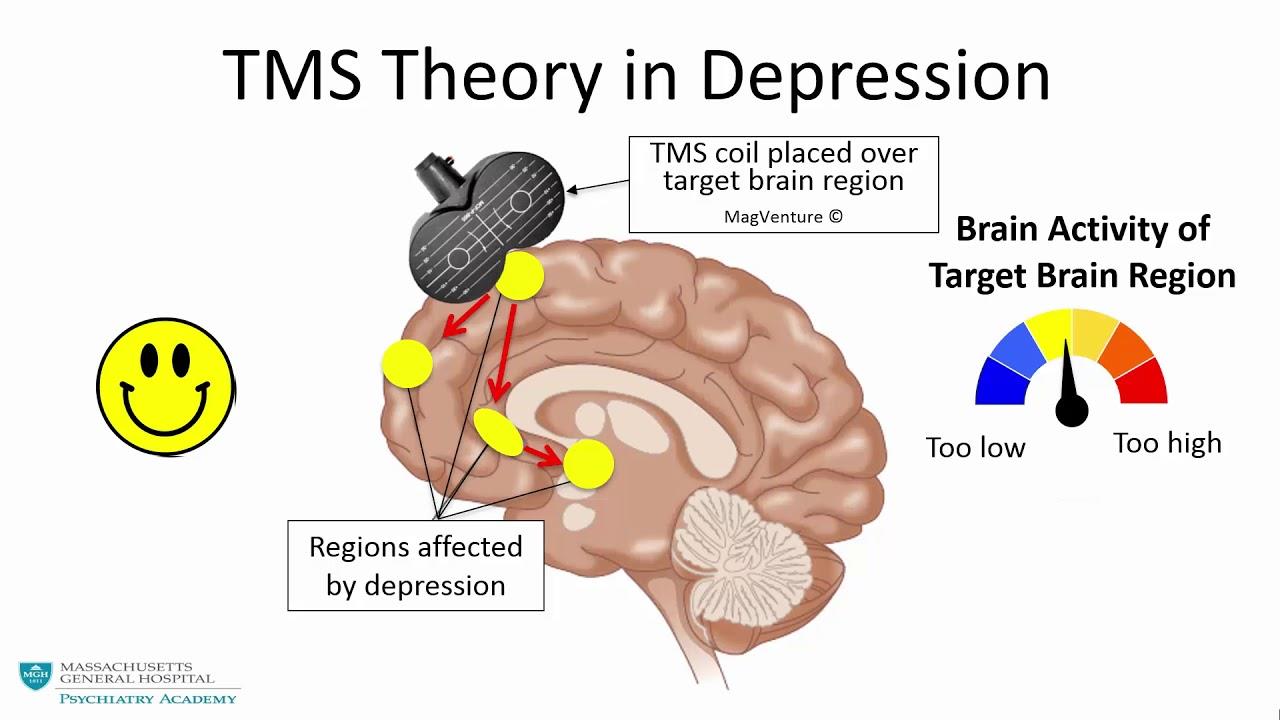 Unlike other treatments, such as medications, TMS is not associated with the common side effects of weight gain, sexual problems, sleepiness or memory loss. It is also much less invasive than electroconvulsive therapy (ECT) and other alternative treatment options for depression. Although mostly used in clinical practice to treat major depression, there is a growing body of scientific evidence supporting the effective use of TMS as a treatment for a wide range of brain disorders. These disorders include Tinnitus, Generalized Anxiety, and Cognitive Impairment.