Obsessive Compulsive Disorder (abbreviated OCD) is a serious and debilitating condition where one would suffer from obsessive thoughts, which are intrusive and persistent.

OCD can be a very disabling disorder and persist even when patients engage in medication and psychological treatment. A form of TMS has now been approved in the US for the treatment of OCD and it is increasingly being used for patients with this problem. TMS Australia has dedicated protocols available for patients with OCD. Give us a call, we are here to help.

Compulsions are repetitive behaviours, they can be:

During dTMS treatment, a cap containing coils delivers magnetic pulses to stimulate nerve cells in the brain. The study compared active dTMS treatment with sham  (inactive) treatment in 87 people with OCD, with participants in the active treatment group experiencing greater improvement in symptoms at the end of treatment and at a follow-up assessment four weeks later.

The study, led by Lior Carmi, Ph.D., of Tel Aviv University, included participants aged 22 to 68 years who were receiving outpatient treatment at 11 centers in the Canada, Israel, and the United States. All participants had a baseline score of 20 or higher on the Yale-Brown Obsessive Compulsive Scale (YBOCS), indicating that they were experiencing at least moderate symptoms of OCD despite treatment. Participants received 29 treatment sessions of active or sham treatment over a span of six weeks. The caps worn by those in the sham treatment group caused sensations in the participants’ scalps but delivered no magnetic pulses.

“Although [triggering patient’s symptoms prior to the intervention may be] considered brief exposure therapy, the fact that both groups underwent the same exposure procedure suggests that the observed clinical effects were due only to stimulation,” the researchers wrote.

We may recommend intensive outpatient programs and medication-assisted treatment programs after performing a psychiatric evaluation if we believe that you require a higher level of care at the time of consultation.

To assess the efficacy of TMS for OCD in randomized clinical trials (RCTs).

Systematic review using MEDLINE and EMBASE from the first RCT available until March 11, 2016. The main outcome was the Hedges g for continuous scores for Yale-Brown Obsessive Compulsive Scale in a random-effects model. Heterogeneity was evaluated with the I and the χ test. Publication bias was evaluated using the Begg funnel plot. Metaregression was performed using the random-effects model modified by Knapp and Hartung.

We included 15 RCTs (n = 483), most had small-to-modest sample sizes. Comparing active versus sham TMS, active stimulation was significantly superior for OCD symptoms (Hedges g = 0.45; 95% confidence interval, 0.2-0.71). The funnel plot showed that the risk of publication bias was low and between-study heterogeneity was low (I = 43%, P = 0.039 for the χ test). Metaregression showed no particular influence of any variable on the results.

Transcranial magnetic stimulation active was superior to sham stimulation for the amelioration of OCD symptoms. Trials had moderate heterogeneity results, despite different protocols of stimulation used. Further RCTs with larger sample sizes are fundamentally needed to clarify the precise impact of TMS in OCD symptoms. 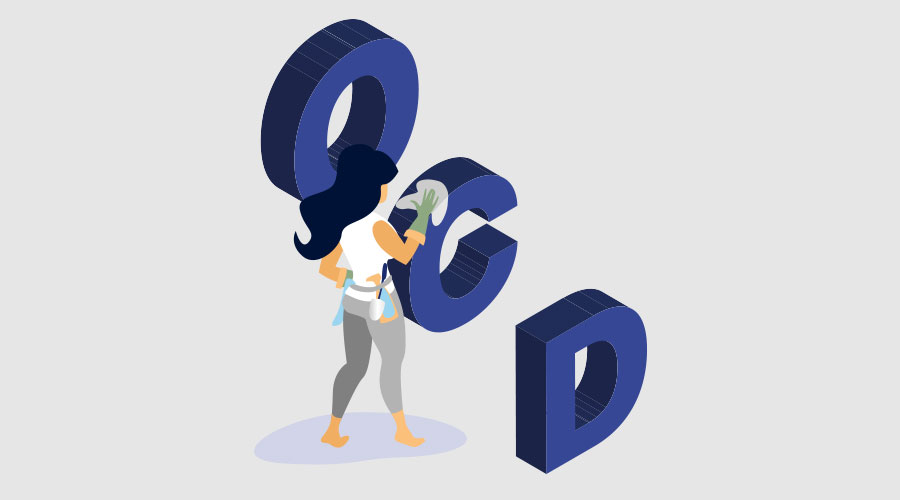 Uncontrollable, recurring thoughts and behaviors that characterize obsessive-compulsive disorder (OCD) are experienced by 2% to 3% of people. Yet standard treatments—exposure therapy and medicines that affect the neurotransmitter serotonin—typically help only about half of those who receive them.

A new treatment approach that could help more people who have OCD, especially ones who are not helped by medications, involves non-invasive stimulation of the brain. Last August, the U.S. Food and Drug Administration (FDA) registered its approval for a specific form of such treatment for OCD patients who do not respond to standard therapy.

A new treatment approach that could help more people who have OCD, especially ones who are not helped by medications, involves non-invasive stimulation of the brain. Last August, the U.S. Food and Drug Administration (FDA) registered its approval for a specific form of such treatment for OCD patients who do not respond to standard therapy.

In the American Journal of Psychiatry, an international research team led by Joseph Zohar, M.D., of Chaim Sheba Medical Center, Tel Aviv University, and which included BBRF Scientific Council member and three-time grantee Jeff Daskalakis, M.D., of the Centre for dependence and Mental Health at the University of Toronto, recently published results of a double-blind, placebo-controlled clinical trial that tested dTMS in 99 OCD patients at 11 treatment centers.

The trial demonstrated that dTMS treatment delivered five times a week over 6 weeks was superior to a placebo version of dTMS in reducing patients’ OCD symptoms. (The placebo version was delivered by a machine that delivered stimulation that did not penetrate the skull.)

dTMS directs electromagnetic waves deeper into the brain than conventional rTMS. The team conducting the trial wanted to test the theory that dTMS might therapeutically modify a circuit believed to be involved in OCD. That circuit forms a loop, starting in the cortex and running to the striatum and then the thalamus before returning to the cortex. By targeting this circuit, researchers hoped to affect brain structures that prior research has found to be hyperactive in OCD patients during rest, and even more hyperactive when patients are experiencing OCD symptoms. The trial included a procedure in which patients, in consultation with their doctors, agreed upon an action or thought that would provoke their OCD symptoms. They were encouraged to focus on this during each dTMS session, so as to activate parts of the targeted brain circuit.

As is the case in many clinical trials involving a placebo, patients who received both the active treatment and the placebo version in this trial reported a reduction in symptoms—but the reduction was twice as great, on average, in those who received active dTMS. (The reduction is measured in a numerical score based on clinical interviews and symptom assessments of each patient). The advantage of active dTMS treatment was also evident in the rate of response: 38% of patients had at least a partial response to dTMS, while 11% responded to the placebo. At a follow-up 4 weeks after treatments ended, 45% showed a response, compared with 18% for the placebo.

The team reported that dTMS was “well tolerated” by those in the active treatment group. There were no severe adverse events such as seizures, while the most common side effect was transient mild headache during or just after treatment sessions.

The magnitude of symptom reduction compared with placebo experienced by patients receiving dTMS was similar to that noted in a review of 17 past studies of drug treatments for OCD, the team noted. But the latter took 10 to 13 weeks to achieve, compared with only 6 weeks for dTMS. Perhaps more important, patients studied in the dTMS trial had not been helped by medications—it was a criterion for their inclusion in the study. This fact led the researches to propose that the two forms of treatment “exert their effects on different neuronal mechanisms” in the brain. If true, this suggests the utility of dTMS in OCD patients who have not been helped or are no longer responding to medications.